The basic document regulating the area of preventing corruption at TAURON Capital Group is TAURON Group’s Anti-corruption Policy. The overriding goal that guided the creation and implementation of the Policy was to define uniform rules and standards of conduct that allow for the identification, countering and mitigation of the risk of corruption activities as well as other fraud (abuse) at the subsidiaries.

The implementation and compliance with the Anti-corruption Policy is to ensure the compliance of the operations of TAURON Capital Group’s subsidiaries with the applicable law, the internal and intra-corporate regulations, as well as the ethical principles, thus ensuring proper protection of the interests, reputation and image of the subsidiaries and TAURON Capital Group, as well as the transparency of actions towards the external entities.

The Policy applies to all of the employees, members of the management board and supervisory bodies of the subsidiaries, as well as the proxies and the powers of attorney. The Group also requires compliance with the standards of behavior set out in the Policy by the external entities.

The goal of the Policy is to counteract not only corruption activities, but also other abuse (fraud), which include, for example:

The areas susceptible to the risk of corruption or other fraud related to the operations of TAURON Capital Group include in particular:

The following ways of implementing the Anti-corruption Policy by TAURON Capital Group are defined:

DUE DILIGENCE PROCEDURES AND INTERNAL REGULATIONS

The standards recommended for the compliance management system with respect to counteracting corruption and protecting whistleblowers at the companies listed on the Warsaw Stock Exchange of 08.10.2018 contain the recommendations on how to shape the Compliance function at an organization, as well as on the introduction of solutions that minimize the risk of the emergence of unethical behavior, conducive to corruption and conflict of interest. In addition, these standards indicate what actions exhaust the features of the concept of due diligence with respect to shaping the organization’s procedures and processes aimed at preventing corruption.

The activities of the Compliance Officer and the Compliance Coordinators at TAURON Capital Group are based on the guidelines presented in the standards set out by the Best Practice of WSE Listed Companies.

TAURON Capital Group’s due diligence can be demonstrated based on, among others:

The intra-corporate regulations in force at TAURON Group regarding standard clauses and contract templates (draft contracts) were reviewed in 2020, in particular aiming to introduce the so-called anti-corruption clauses and other compliance clauses. Anti-corruption clause samples, prepared together with the Legal Area of TAURON Polska Energia S.A., were inserted into TAURON Group’s contract templates (draft contracts).

In addition, the compliance risks were monitored on an ongoing basis. As part of the monthly risk monitoring, the risk of internal fraud, the risk of external abuse, the risk of unethical behavior, the risk of non-compliance due to a breach of the law and the risk of corruption are reported.

Among the activities undertaken as part of TAURON Group’s Anti-corruption Policy, the functioning of the system for reporting, investigating and probing corruption activities and other abuse (fraud) is of key importance.

Each employee is obliged to study the provisions of the Policy, to strictly comply with its content and to sign an appropriate statement on having familiarized himself/herself with the Policy. Such statements, in a hard copy, are stored in the employee’s personal files.

Newly hired employees are also familiarized with the Policy. They confirm this fact by signing the statement.

In addition, at the beginning of 2020, the staff of the compliance departments//areas at Spółka Usług Górniczych and TAURON Wydobycie took steps aimed at extending the scope of the periodic WHS training in order to include the topics related to compliance and GDPR. From September 2020, as part of the mandatory work health and safety (WHS) training, the personnel of the above subsidiaries are familiarized with the following compliance issues:

Employees are also required to promptly provide information on any justified suspicion of corruption or other fraud (abuse). To this end, TAURON Capital Group provides:

The following communication channels have been identified at TAURON Group, through which any type of irregularity can be reported: 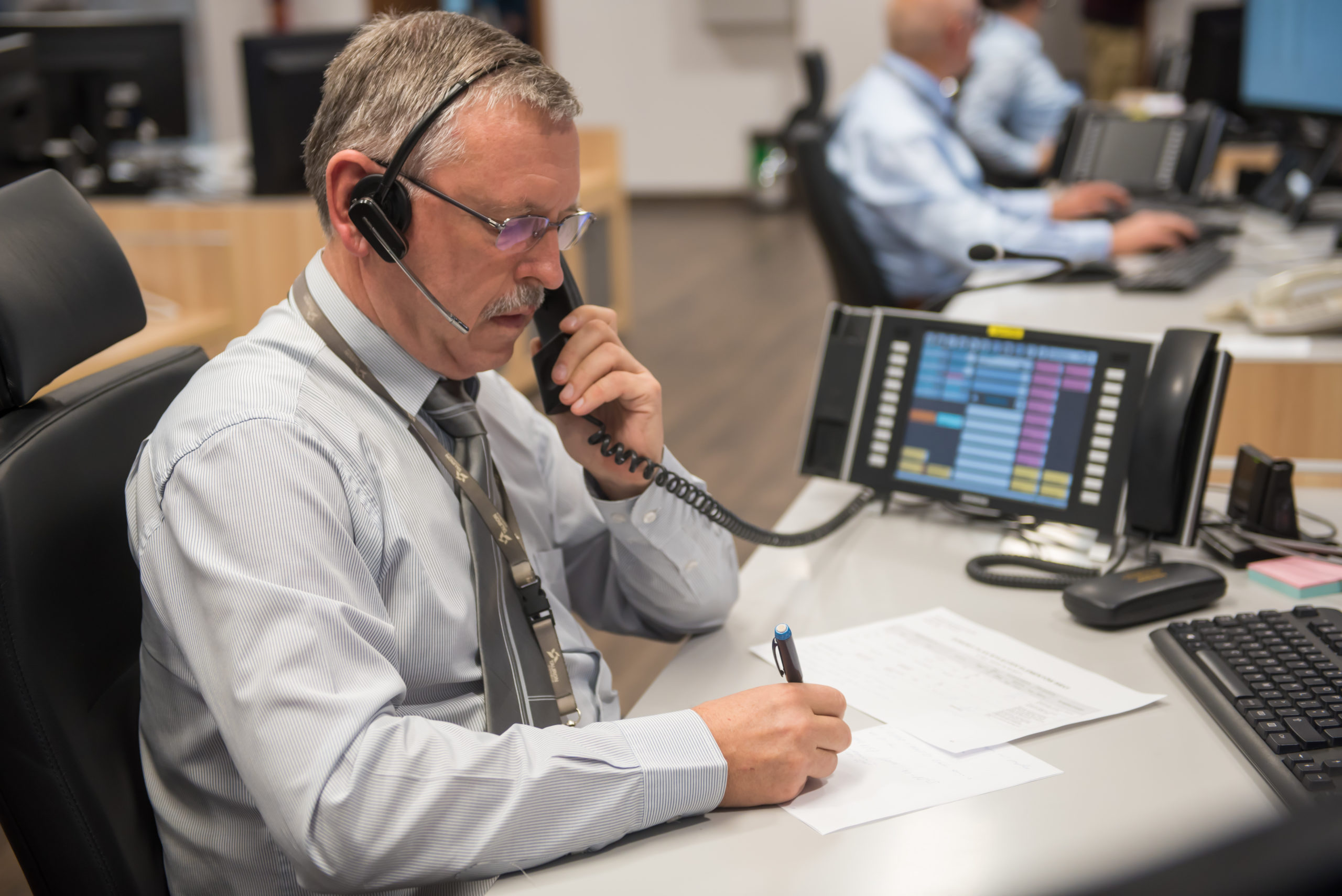 External entities, in particular the contractors (counterparties) and other stakeholders of TAURON Group’s Subsidiaries, in case of identifying irregularities within the operations of TAURON Group, also have the option of using the Abuse (Fraud) Report Form.

In special cases, notifications can be sent in writing directly to the Company’s Supervisory Board.

Specific notification channels comply with the requirements set out in the Public Offering Act.

Superiors who receive reports of potential corrupt activities or other abuse (fraud) should immediately inform the Compliance Officer of this fact, and in case of a company (subsidiary) other than TAURON Polska Energia – the Compliance Coordinator.

Upon receipt of the notification, the Compliance Officer, and in a company (subsidiary) other than TAURON Polska Energia S.A. the Compliance Coordinator, confirms its receipt to the person submitting the report, with the exception of anonymous reports, and he/she verifies its accuracy and undertakes, with due diligence, follow -up actions to investigate the circumstances indicated in the report in accordance with TAURON Capital Group’s procedures in force in this respect.

The Compliance Officer, and in a company (subsidiary) other than TAURON Polska Energia S.A. the Compliance Coordinator informs the person submitting the report about the final result of the fact-finding investigation or about its extension due to the ongoing analysis of the factual situation described in the notification.

All the reports received are subject to entry in the Fraud Register, and an explanatory protocol is drawn up for each fact-finding investigation.

In the event corruption actions or other abuse (fraud) have been confirmed, the subsidiaries take corrective actions aimed at preventing similar events in the future. The Compliance Officer, and at companies (subsidiaries) other than TAURON Polska Energia S.A. the Compliance Coordinators undertake educational and information activities in order to provide understandable and easily available information on the rules of reporting corrupt activities or other abuse (fraud) at TAURON Capital Group.

TAURON Polska Energia S.A. provides monitoring of the procedures as well as the internal and intra -corporate regulations in force at TAURON Capital Group, also with a view to make improvements and develop a system of counteracting corruption and other abuse (fraud).

A total of 63 potential cases of abuse (fraud) were reported at TAURON Group in 2020, including 33 notifications via the Abuse (Fraud) Report Form.

The purpose of the described document is to develop awareness among the employees of TAURON Capital Group’s subsidiaries regarding the type of gifts (including invitations) that can be received or handed in connection with the performance of official duties, and to define the conditions in which their acceptance or handing is unacceptable. The implementation and compliance with the Rules is to eliminate situations where accepting gifts could affect the business decisions taken by the Group’s subsidiaries.

The general rule obligates all of the employees to refrain from accepting gifts from customers or other employees that could result in exerting an influence on the recipient or could give rise to the obligation to take or forego a specific action with respect to the official duties entrusted thereto, or affect current or future business decisions of TAURON Capital Group’s subsidiaries.

An employee of TAURON Capital Group may accept a gift only if the criteria specified in the above-mentioned Rules are collectively met. Any doubts regarding the appropriateness of accepting a gift should be consulted with an immediate superior or the Compliance Officer at TAURON Polska Energia.

TAURON Group’s Rules for accepting and giving gifts are adapted to the requirements set out in the “Standards recommended for the compliance management system with respect to countering corruption and the whistleblower protection system in place at companies listed on the markets organized by the Warsaw Stock Exchange” adopted on October 8, 2018 by the Warsaw Stock Exchange.

TAURON Capital Group implemented TAURON Group’s Procedure for Countering Bid Collusion in July 2018. The purpose of the document is to define uniform rules of conduct to be applied during the purchase order (contract) award procedure, which will allow for the detection, notification and prevention of bid collusion among contractors entering into procedures organized by the contracting authority (employer).

TAURON Capital Group’s purchasing cells are required to take part in training sessions on bid collusion and detection of cartels organized in cooperation with entities dealing with anti-trust protection at least once a year.

In order to ensure protection against the risk of establishing cooperation with entities operating not in accordance with the provisions of law, good customs and commercial practices, and in particular to reduce the risk of participation in the tax fraud and money laundering schemes, TAURON Capital Group has introduced TAURON Group’s Contractors (Counterparties) Credibility Assessment (Vetting) Procedure.

The contractor’s credibility is assessed (vetted) by TAURON Capital Group based on the following information:

In addition, TAURON Group has been applying the co -called split payment mechanism since July 2018. It is one of the methods used to combat VAT fraud and scams. The application of the split payment mechanism has been indicated by the Ministry of Finance as one of the prerequisites of the due diligence process to be applied by the buyers of goods in domestic transactions.

In addition, the process of assessing (vetting) external entities with which TAURON Group’s subsidiaries were planning to implement projects with respect to communication, promotion, sponsorship, marketing, HR or other types of financial involvement that could give rise to reputation risk, was conducted in 2020. A total of 203 external entities were verified (vetted) by TAURON Group.

The purpose of the document is to ensure TAURON Capital Group’s compliance with the requirements of the Act of March 1, 2018, on counteracting money laundering and financing of terrorism. The procedure regulates issues related to the exchange and protection of information within the Group and covers with its scope all of the Group’s subsidiaries.

In a situation where the company also acts as an obligated institution (specified in Article 2, clause 2 of the above-mentioned Act), it is obligated to introduce an internal procedure for counteracting money laundering and financing of terrorism.

It should be emphasized that TAURON Group does not accept any business relations with entities involved in money laundering or financing of terrorism, including those subject to financial sanctions or specific restrictive measures in force on the territory of Poland.